Hoi An Traditional and Food

Hoi An Festivals and Events

This is the first time a Vietnamese destination has been honoured on the Google Doodle – a special temporary presentation that celebrates holidays, events, achievements and people.

The stunning doodle of Hoi An on Google’s homepage conveys a global notion that the historical town has remained largely unchanged for several centuries. 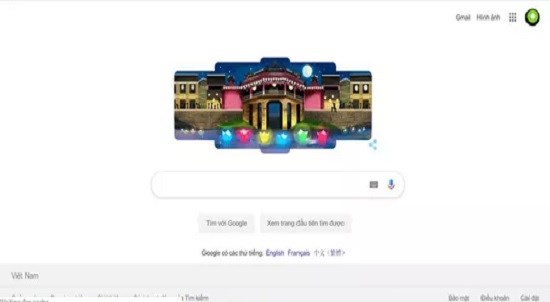 The image of Hoi An with symbols of Chua Cau (Bridge Pagoda) and colourful lanterns was featured on Google’s homepage on July 16.
According to Google Doodle, by the light of the full moon, residents of the town burn incense and light small lanterns, floating them on the river until hundreds of colorful lanterns illuminate the water.

Situated on the north bank of Vietnam’s scenic Thu Bon River, right where it empties into the East Sea, Hoi An was one of the busiest trading ports in Southeast Asia from the 15th to the 19th century, it said.

While the name Hoi An means “peaceful meeting place,” the seaport has been abuzz with activity since the second century. The surrounding area, known as Quang Nam province, produced cinnamon and ginseng, as well as textiles and ceramics, enticing traders from all over Asia and Europe.

Business tapered off when silt accumulation in the river made it difficult for larger ships to navigate. Fortunately, the city was spared from modernization for over 200 years, leaving the original street plan and buildings intact.

In 1999, Hoi An was designated a World Heritage Site by UNESCO. Seventeenth-century Japanese traders built the lacquered wood Chua Cau or “Bridge Pagoda,” with entrances guarded by statues of monkeys and dogs.

Hundreds of timber-frame buildings and Chinese temples line narrow streets that are now popular with sightseers, historians, and filmmakers, seeking to experience and recapture a bygone era.

Earlier in July 2019, Hoi An surpassed popular cities in the world like Tokyo and Rome to top the world’s best city by the New York-based magazine Travel & Leisure.-VNA

ZOZO - BICYCLE TOUR AROUND HOI AN